You are here: Home / Movies / 25 Best Romantic Movie Date Night at Home Ideas for Couples
This post may contain affiliate links. All opinions shared are my own. As an Amazon Associate I earn from qualifying purchases. Click to view our full disclosure.
15 shares

Staying in with your significant other can be fun and special with just a few thoughtful ideas! We love planning romantic movie date night ideas for couples at home because it’s a great way to spend some quality time together without breaking the bank! And when it comes to a movie date night, there’s no better choice than a romantic movie. 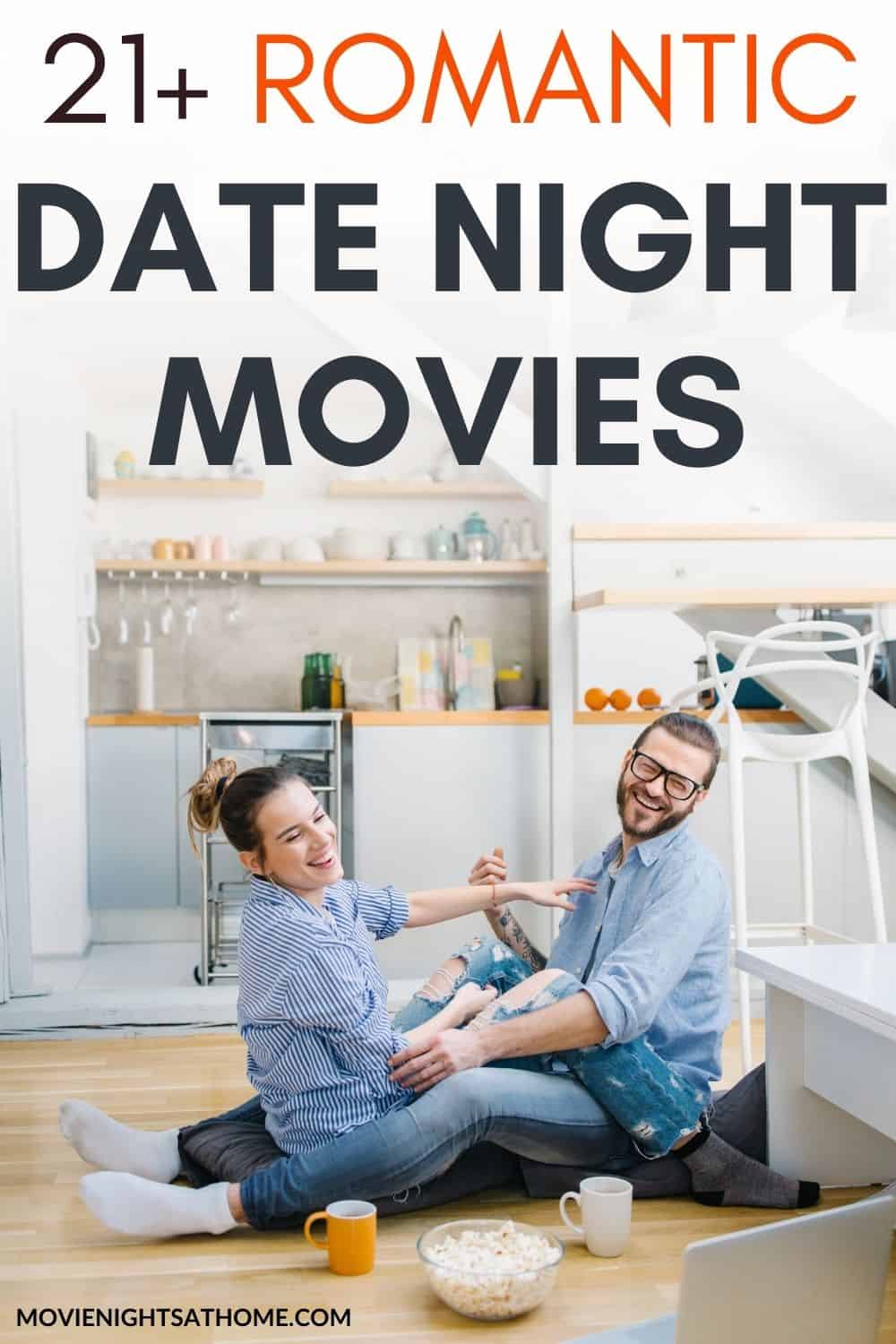 We love to skip going out to the movie theater and cozy up in our living room now-a-days. The perfect date night movie is a great way to slow things down at the end of a long week.

Depending on how romantic you want to get, you could start off with a romantic dinner with candles and your favorite food from a local restaurant. Bonus points if you sprinkle rose petals and use a nice tablecloth in the dining room! 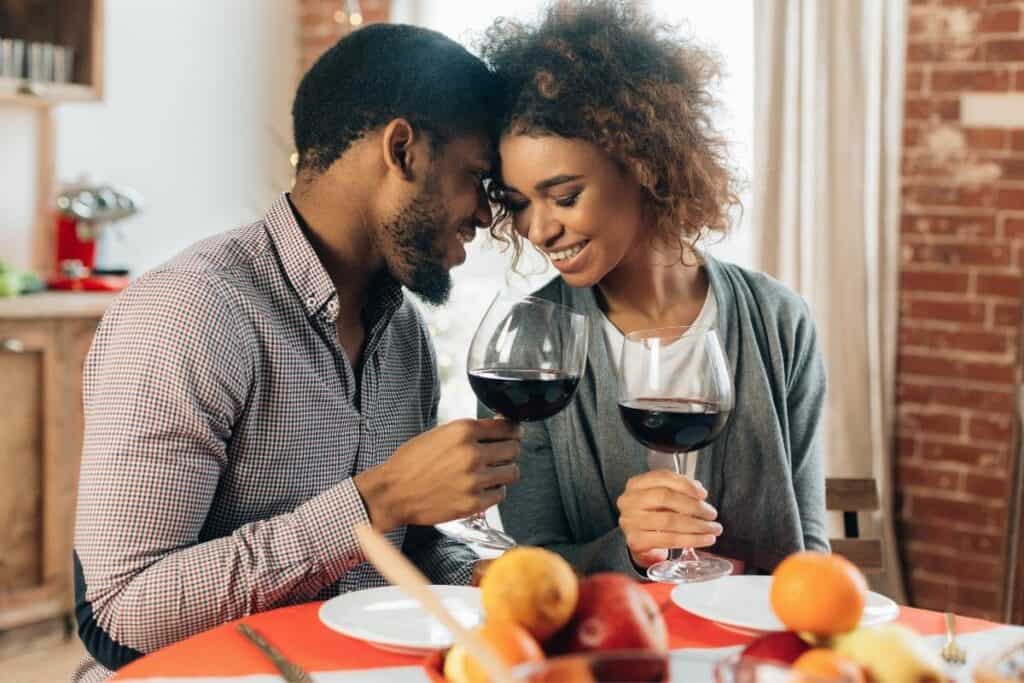 With that said, a romantic evening could be as laid back as ordering takeout or planning to have fun foods like pizza and ice cream on a whim. The important thing is that you both have a good time!

We’ve come up with several date night movie ideas to make Friday night in your living room your favorite place to be! 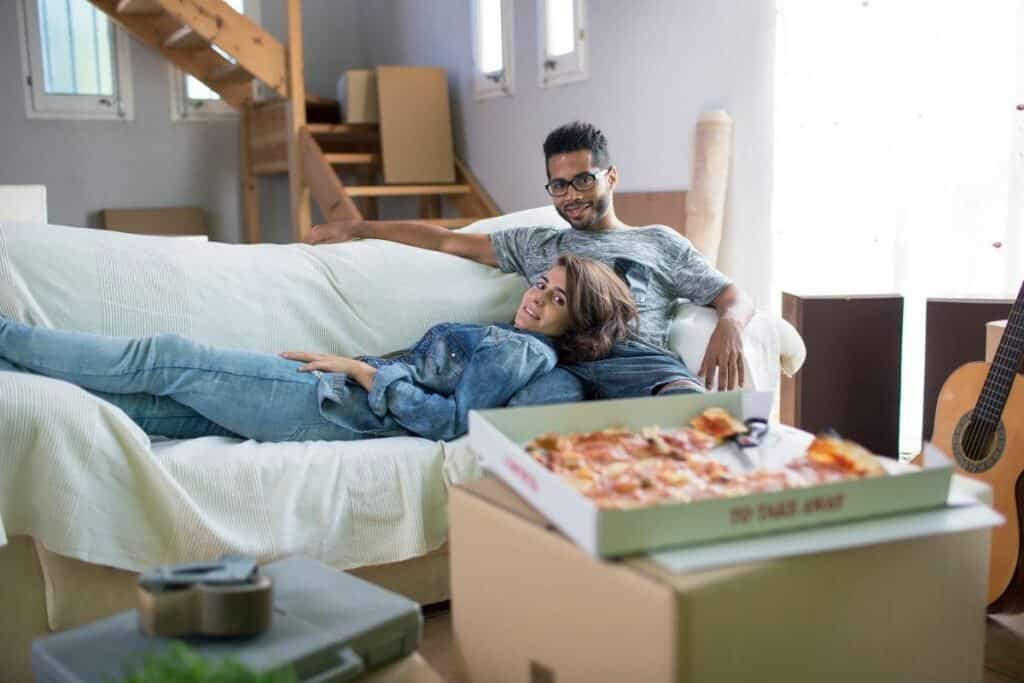 These 21 romantic date night movies for couples are sure to be a hit with both you and your sweetheart!

Most of these movies – if not all of them – are available to rent or buy with Amazon Video as well!

There’s no better choice for a date night movie at home than Date Night! The movie follows a bored couple who decides to head out on the town for a date night. But a case of mistaken identity sends the two on a wild ride throughout New York City.

Watching The Notebook with your significant other will encourage you to keep your romance alive throughout the years. The movie tells the story of a romance that transcends the boundaries of class and lasts decades.

While 50 First Dates does feature some classic Adam Sandler comedy, the heartwarming storyline will make both of you fall in love with him and Drew Barrymore on screen. In this cute romantic comedy, Sandler meets the girl of his dreams but runs into a snag when he finds out she has no short-term memory.

Head back to the 80s for this classic romantic date night movie. Say Anything shows what happens when an underachiever falls for the class valedictorian during the summer before they both head off to college.

Sometimes, romance goes bad. When a detective begins investigating a crime novelist for the brutal murder of her husband, he finds out what happens when love goes wrong. Filled with mystery and passion, Basic Instinct is a classic film perfect for a movie date night.

Enjoying a classic for date night will never steer you wrong. You’ll love watching the chemistry between Bogart and Bergman as they fall in love in war-torn Casablanca.

Another classic romantic movie to add to your list, The Philadelphia Story features a love triangle between a rich woman, her ex-husband, and the man she’s about to marry.

When a handsome man makes a bet that he can make a woman fall in love with him and a jaded columnist decides to write about how to make a man leave come together, the results can be pretty funny. In How to Lose a Guy in 10 Days, you’ll see what happens when romantic cliches actually lead to romance.

Harry and Sally have been friends for years but wonder what would happen if they took their relationship further. See what happens when friends add benefits to the picture in When Harry Met Sally.

Will Smith never disappoints, which means you’ll both love this move night idea for couples. Smith plays Hitch, who works to help hapless men win over the women they love. But he has his own problems when he starts to fall for a beautiful tabloid reporter.

When sports agent Jerry Maguire gets a conscience, he ends up getting fired from his agency. When he heads out on his own with his co-worker, they struggle to make their business work while falling in love at the same time.

12. An Affair to Remember

In an Affair to Remember, Cary Grant and Deborah Kerr meet on a cruise, fall in love, and vow to meet again, in spite of the fact that they’re both engaged to different people. But when an accident keeps them from their rendezvous, their romantic future becomes uncertain in this classic romantic movie.

Packed with action and comedy, Mr. & Mrs. Smith is a great option for a lighthearted movie date night at home. Sparks fly when Brad and Angelina uncover that they’re both assassins who had no clue about each other’s job.

While this classic rom com is set in high school, viewers of any age will love watching this unlikely love story. When a popular teen is banned from dating until her older sister does, she sets out to find her sister a date in 10 Things I Hate About You.

This unlikely fairy tale is a great option for a romantic movie date night at home! In Pretty Woman, Richard Gere plays a successful business man who hires an escort to accompany him to social events while he’s in LA. But the more time they spend together, the more quickly they fall in love.

Love can transcend life, according to Ghost. When Patrick Swayze is murdered, his ghost returns to warn his lover of impending danger. Packed with steamy scenes, mystery, and action, you’ll both enjoy this date night movie.

With time travel and romance, About Time is sure to be a popular date night movie choice for both you and your spouse. The sci-fi film shows what happens when time travel is used for love, with sometimes comic results.

When a young New York socialite becomes interested in a handsome man who just moved into her apartment building, sparks begin to fly. You’ll love the chemistry in every Audrey Hepburn scene in Breakfast at Tiffany’s – the quintessential romantic comedy.

If you’re searching for a period drama that’s soaked in romance, you can’t go wrong with Pride & Prejudice. The story follows the troubled romance between Elizabeth Bennet and Mr. Darcy and is based on the classic Jane Austin novel.

Anyone who loves a good musical will enjoy watching La La Land, which follows a pianist and actress who traverse a relationship along with a rise to fame. And while the story doesn’t follow the typical romantic arc, it’s still a wonderful option for a romantic date night at home.

Nominated for eight Academy Awards, romance forms between an unlikely couple in Silver Linings Playbook when a formerly institutionalized man falls for a woman with problems of her own. 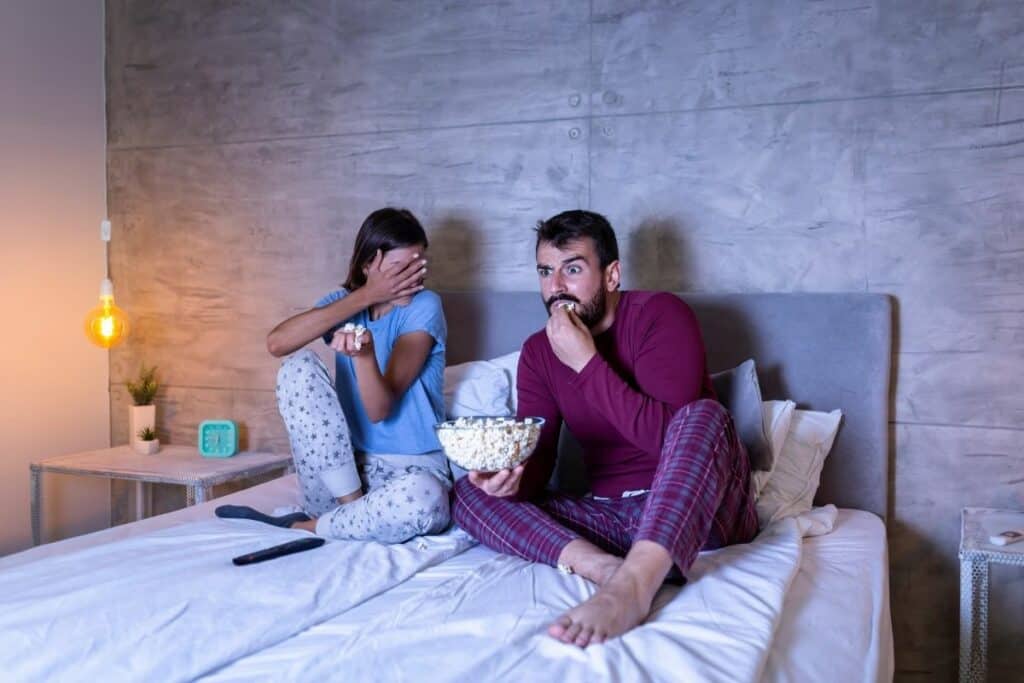 Of course, you can pick a different genre too! We love to do a scary movie night around Halloween with Halloween candy! Another fun night would be to watch an action film together like Die Hard. All 3 of the following ideas will give you plenty of content for your upcoming date night! You could even do a movie marathon!

Along with the movie series, we also have the Best Star Wars Movie Night Menu Ideas & Activities you might like!

If you’ve never seen Harry Potter, man you’re in for a treat! It’s one of our favorite movies, and we love to serve up a magical Harry Potter-themed dessert when we watch any of the movies! If you’ve seen the series a few times, why not put try some Harry Potter trivia for a little friendly competition!

This has to be one of our favorite scary movies! It’s so quirky, weird, and scary! It’s definitely one you will find yourself holding hands during!

A fun date night idea would be to make Clemenza’s Spaghetti and enjoy it with a glass of wine while you watch the classic mafia movie. 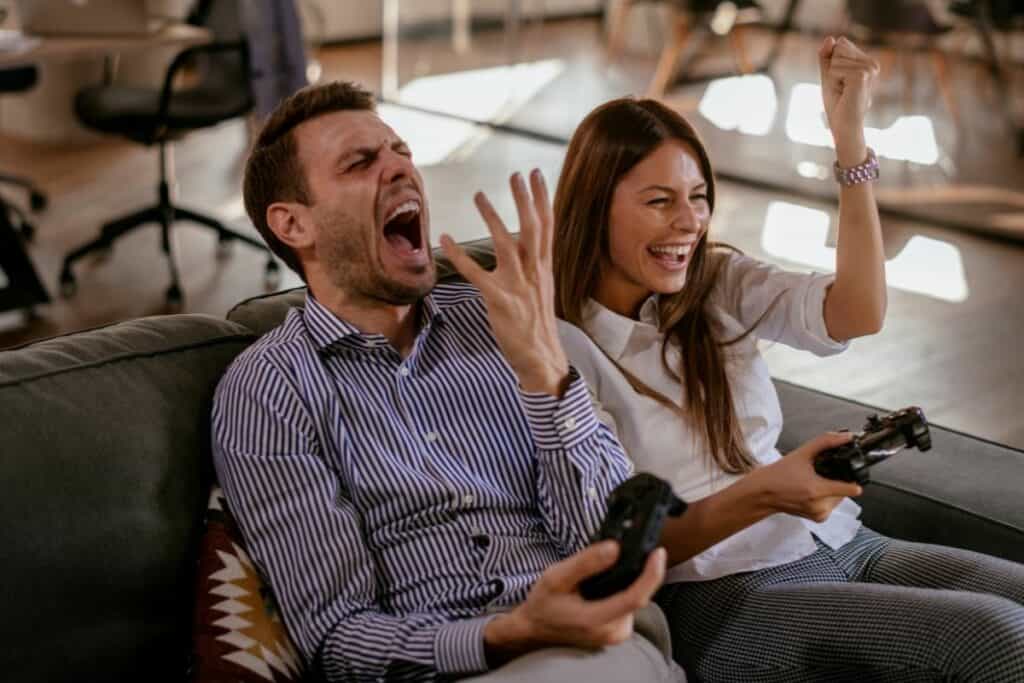 We also wanted to mix in some regular date night ideas for married couples to have fun at home! The best part? You can have a good time without spending a lot of money or even leaving the house!

Camping out the whole day in front of the tv with sleeping bags or comfy blankets and a bottle of wine is another fun way to spend quality time together.

You may also like our backyard movie night ideas! If your kids are joining you, why not pick a fun family movie night theme like Karate Kid!

Check out our favorite romantic comedies list and hot chocolate bombs for a fun movie date night at home!

You may also like our Valentine’s Day Movie Night for Couples (Food & Movie Ideas)! They work well year-round!

This site uses Akismet to reduce spam. Learn how your comment data is processed.

I am a participant in the Amazon Services LLC Associates Program, an affiliate advertising program designed to provide a means for sites to earn advertising fees by advertising and linking to amazon.com.
15 shares
We use cookies to ensure that we give you the best experience on our website. If you continue to use this site we will assume that you are happy with it.OkPrivacy policy