You are here: Home / Family Friendly / The Best Inspirational Trolls Movie Quotes About Happiness
This post may contain affiliate links. All opinions shared are my own. As an Amazon Associate I earn from qualifying purchases. Click to view our full disclosure.
1 shares

When it comes to happy movies, it doesn’t get much better than Trolls. And that means Trolls and Trolls World Tour are packed with quotes about happiness! Whether you’re looking for funny quotes about friendship or feel-good movie lines to provide you with a little inspiration for your day, you’re sure to find some great Trolls movie quotes on this list! 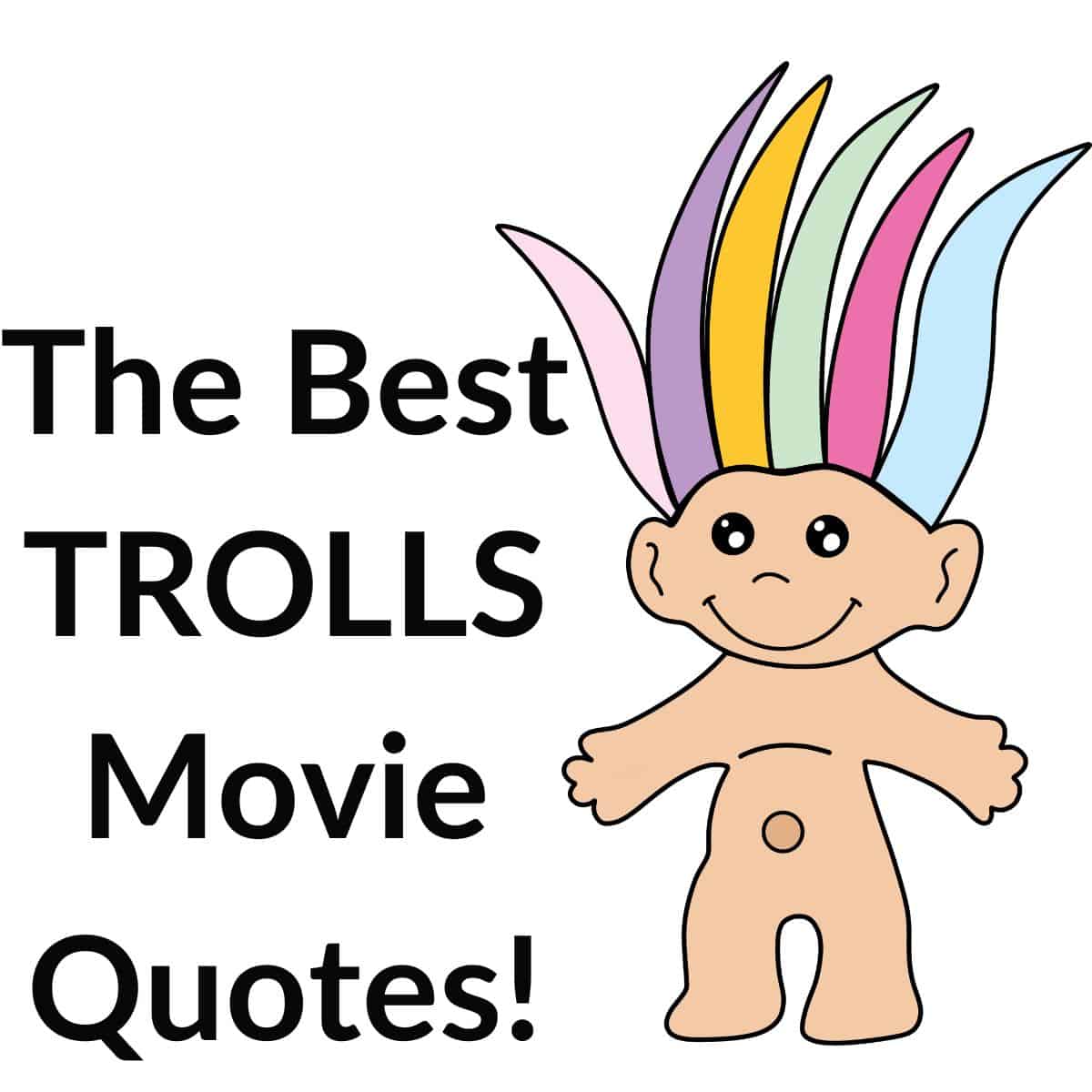 Trolls is such a cute family-friendly movie with a star-studded cast! Anna Kendrick, Justin Timberlake, Walt Dohrn, James Corden, Zooey Deschanel, and many other notable actors are voices for the animated movie.

Below are the best quotes from the movie in our opinion! Drop your favorite quotes below in the comments as well!

Also – you can stream Trolls and Trolls World Tour with Amazon Prime!

The Trolls movie follows Poppy, the happiest Troll ever born, as she goes on an epic quest with grumpy Troll Branch to rescue her friends and save their village.

And that means that this fun musical adventure is packed with happy (and silly) quotes!

Whether you’re searching for a caption for your next social media post or just want an inspirational quote idea from your favorite animated movie, you’ll love all these Trolls quotes about happiness from Trolls and its sequel, Trolls Word Tour.

Looking for even more Trolls and Trolls World Tour quotes? Look no further!

Looking for more ideas to do at home?

I am a participant in the Amazon Services LLC Associates Program, an affiliate advertising program designed to provide a means for sites to earn advertising fees by advertising and linking to amazon.com.
1 shares
We use cookies to ensure that we give you the best experience on our website. If you continue to use this site we will assume that you are happy with it.OkPrivacy policy